Carry on our Wayward Sons: Supernatural Season 3 – Poison Breaks Down The One Where Dean Gets Bitten

Welcome back to the overview of Eric Kripke’s Supernatural; the monster-of-the-week mystery drama series about the Winchester brothers Sam and Dean.

We last saw them closing a Hell Gate and killing their longtime foe in Season Two; now let’s take a look at what’s in store for them in: 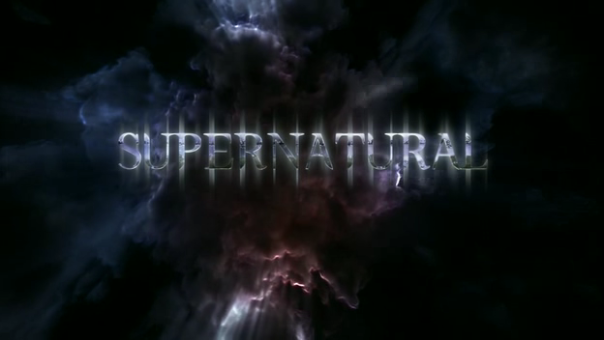 With thousands of Demons up and about on Earth and their only weapon being a Colt with no bullets left, the Winchesters and their friends/colleagues/surrogate family Bobby, Ellen and Jo don’t really stand a chance against them. This is until the Demon Ruby decides to switch sides and help them by not just using a Demon killing Knife, but also by helping Bobby to make more bullets. However, the Colt gets stolen by con-artist Bela Talbot, who is more then a thorn in the eyes of the brothers. They soon discover  she has a similar problem as Dean: A Hellhound is on her heels to collect her debt for a deal she made. Resentful of her actions they, however, refuse to help her, even though she reveals to them who holds Hell’s contracts. Finally able to track down that Demon, Lilith, Dean’s time runs out and he meets his demise at the claws and fangs of the invisible beast, while she tries and fails to kill Sam.

For a Season after the release of thousands of Demons one would think the brothers’ cases this Season would mostly deal with them, but far from it. Right in the first episode they jump into a case where we meet seven Demons representing the Seven Deadly Sins <If you like, there is a short explanation for the sins on one of my side blogs > and learn about the Knife. Other than that are they mostly figuring out and looking for demonic signs (cattle death, freak weather), but are faced with lots of other stuff instead, as this Season has a variety of foes.

They reprise the appearance of vampires with a turned Hunter set on killing Sam, that uses his new abilities to attack them. Needless to say he fails.

But there are also some new additions. 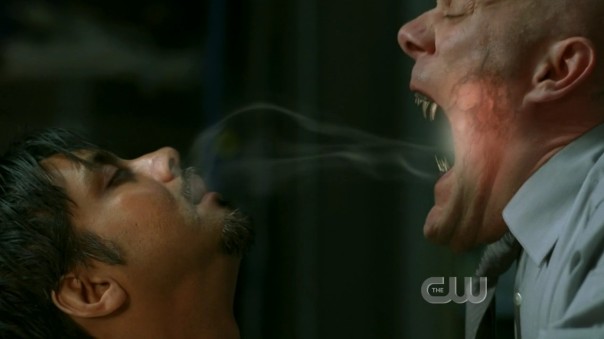 We have energy sucking Changelings, name calling Crocotta and the first appearance of – easy to kill – Pagan Gods, though they don’t say which ones. Even Spirits get a twist, as the spirit of a dying girl causes Fairy Tales to come true.
There also is a Witch coven out for blood and the Trickster from last Season returns for a time-loop episode and of course the return of the (to humans invisible) Hellhounds.

From this Season forward the Colt is more or less shelved and the Winchesters use the Demon killing Knife instead, after they take it from Ruby that is. Relevant for the following Seasons is the introduction of Lilith, whose powers do not work against Sam and it is a bit foreshadowing of what is to come of his abilities.

One of the themes of this Season was: What should one do with the knowledge of the supernatural? So besides monsters we can also see the results of using mythical artifacts. With Bela we have someone selling those to the highest bidder. Twice the Winchersters thwart her plans, once with a Lucky Rabbits Foot, that is not so lucky once you lose it – and you will lose it – and the other a Hand of Glory, where you drown after seeing its original owners’ ship. It shows that these things are not to be messed with.

Not addressed for the first time, is the fact that one brother cannot be without the other.

“Mystery Spot” plays with the thought: What if Dean died before his time is up and Sam cannot do a thing to stop it.  It gives us a look at how Sam would cope and it shows that he has the same narrow-minded tendency as his father, when it comes to tracking down the one that killed a family member. It is discussed more than once this Season that the brothers are each other’s weakness and this theme will continue to be explored throughout the series.

Minor plot points are the introduction of the Ghostfacers and the re-appearance of the Trickster. One is a parody of the Ghost hunting part of the Winchester’s life, where they bring back two guys that created a creature called a Tulpa through the common belief of their website followers last Season and now attempt to turn their Ghost hunts into a reality TV show – all with hand camera filming. The other likes fooling the brothers and teaching them lessons. In Season Two the Trickster showed them how easy it is to pit them against each other. This time around his illusion lays out another theme – and problem: You can’t escape fate.  The Trickster traps Sam in a time loop and makes him witness Deans’ death over and over again to get his point across. Though seemingly his work and all their struggling is in vein as the Winchesters do everything to escape their destiny either way. Though in this Season this is shown as a failure, as Dean does indeed die in the finale and Sam is left on his own.

Season Three was a better one in regards to the variety of topics covered. While there was only a small continuation of the Demon story line, the things that were explored were quite interesting.

The episodes never drifted into repetition and some new and funny concepts were added. I cannot say if this was thanks to the briefness of the Season (only 16 episodes, due to the strikes of the Writers Guild of America back then), but I clearly enjoy the result. 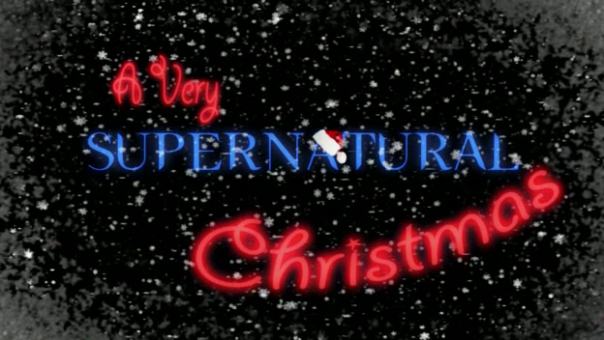 As for the funny concepts: I like it when a show doesn’t take itself too seriously and with the episodes “Bad Day at Black Rock” and “Ghostfacers” we get some comedic relief from the seriousness of the overall Season. I believe the Christmas special (“A very Supernatural Christmas”) can be included in this count as well, as some things were rather ridiculous.
It is also nice to see some repercussions again, as one of the Hunters they had worked with and got into jail last Season is now on their heels to kill Sam, as he considers him an abomination due to his powers.

In contrast to this did we also get some questionable choices. With Bela an interesting and different character is introduced. She uses her knowledge of the supernatural for profit instead of becoming a hunter herself. But instead of expanding on her characterization, of her crossing paths with the Winchesters more often, she is reduced to just another deal victim with barely any background info and killed off within the Season.

An entirely different thing is the introduction of the Pagan Gods. This Season it is shown that they can be killed quite easily by using – in their case – an evergreen branch as stake. It is said that they lost the majority of their powers when people stopped worshipping them, but I still think this is way too easy.

Another thing that isn’t understandable is the introduction of Dean’s ex-girlfriend Lisa and her son Ben(,who is implied but denied to be Dean’s). It’s nice in a what-he-could-have-had-perspective, but in regards to the story line this Season it makes little sense.

In conclusion: Thanks/Due to its briefness this Season didn’t have much time to toy around, so it focused on the important things. Some of those turned out to be fun diversions (Ghostfacers), some disappointing (Pagan Gods) and others not quite clear (Ben).

All in all is this an enjoyable Season.

I possess a degree in Theatre and Drama from the University of Toronto. I own my own theatre company called Snobbish Theatre. We focus our work on new versions of classics.
View all posts by Julian Munds »