Thor and the Missiles.

Extremites, we forget that at one time the threat of nuclear war was as present as the threat of a thunder storm on a humid day. In 1962, when the world came the closest it ever came to total nuclear annihilation — during the Cuban Missile Crisis — comic books all took a dark turn. Never has this turn been more clear then in today’s Thor adventure. Journey Into Mystery #86 is full of anxiety and shows that even wild stories, about time travel and feats of strength, can be full of zeitgeist ideology. END_OF_DOCUMENT_TOKEN_TO_BE_REPLACED

Darth Vader in Star Wars: Episode VII Would Be a Mistake

I like to follow casting rumors just as much as the next guy, but the Star Wars rumors have gone from laughable to absolute lunacy. 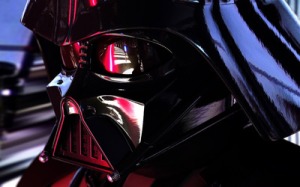 WWE wrestler Sheamus was recently spotted near Skellig Michael, an island off the coast of Ireland, which is also where some of the filming for Star Wars: Episode VII is taking place. So, of course, that means he’s definitely in the movie, and obviously going to play Darth Vader.

Of course that kind of overlooks the fact that Darth Vader is kind of, you know, dead.

The reason, superficial though it may be, that people are jumping to the conclusion that he’s playing Darth Vader (if in fact he’s in the movie at all, which is a very impressive stretch of the imagination)is that he’s played the character on tours in costume before. Wait, I screwed up. Did I say the reason? That’s not much of a reason. More of an excuse for a severe lapse in judgment. Using that to say he could be playing the character is like saying my cousin should be in a Disney movie because he wore the Mickey suit at Disneyland one summer. END_OF_DOCUMENT_TOKEN_TO_BE_REPLACED

Why Brian Azzarello Is a Really Excellent Comic Writer Extremites, what makes a good writer of comics?

In both Decoding DC and Journey Into Marvel ,the search for an answer to this question defines each series. I have found there is no absolute answer. However, one trait  is shared by each writer of successful comics. It’s the ability to subvert the reader’s preconceptions. Brian Azzarello shows this ability tenfold in Part III of his El Diablo arc.

I am also astounded by his skill at creating vibrant and full characters, particularly when it comes to Moses Stone. Azzarello has spent the last two issues setting up Stone as a hammer of justice. He’s a reformed bounty hunter turned into a righteous sheriff. But this — “SPOILER” — is all a lie. Stone is the villain. END_OF_DOCUMENT_TOKEN_TO_BE_REPLACED