Agents of SHIELD episode 3 and all the other stupid shit going on.

Agents of SHIELD is back everyone. Check out this recap from the hilarious Bad Sounding Sentences! This season has been a mishmash of things. But the darker feel post Winter Soldier is definitely aiding the show… but this blogger is right: this episode was filler garbage.

This weeks episode could have been titled “Filler Garbage”

One thing i kind of liked about the new season was the fact that “agent” Simmons was gone. Only a part of “agent” Fitz´s shattered mind. Now the reasons for keeping Fitz around in the state he is in totally eludes me. He should be under special care in some hospital, but hes not. Moving on. 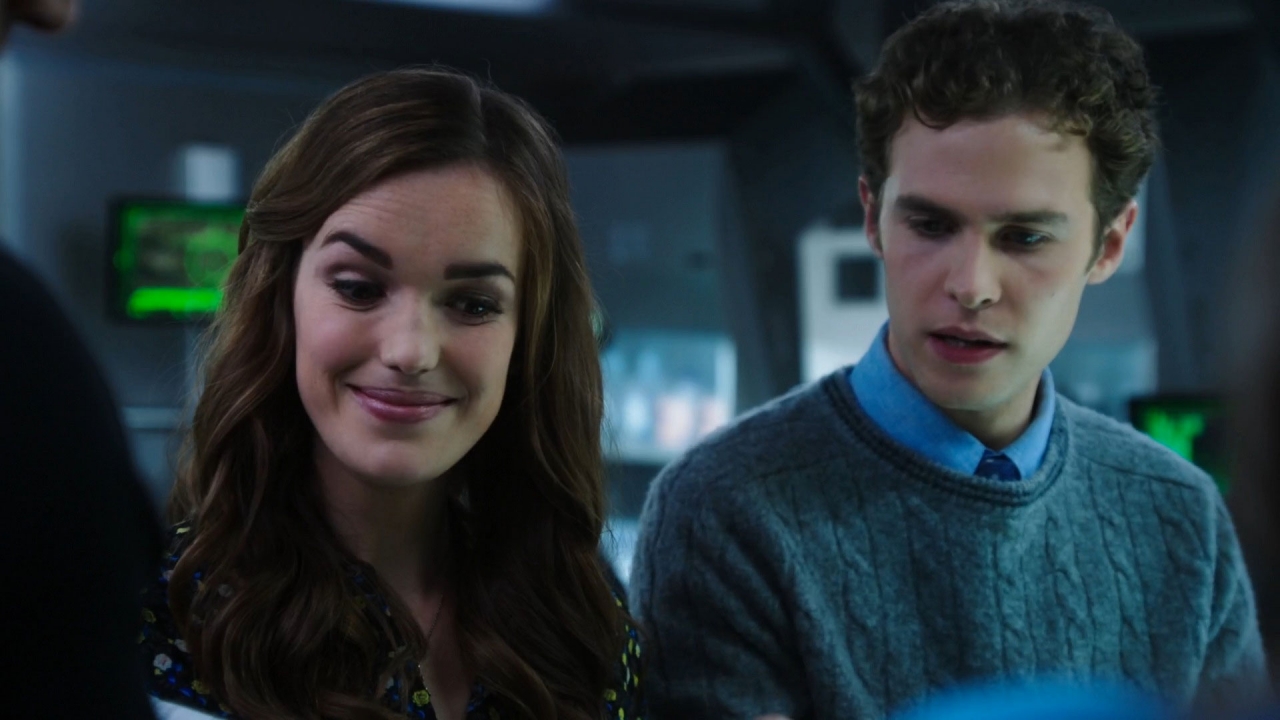 Like i said, the fact that Simmons was gone was a good thing. Agents Fitz and Simmons were the most annoying part of season one. But it turns out Simmons is working undercover at a HYDRA research “company”.  I don´t know what to call it really. It makes very little sense. Agent Simmons has a nice little apartment which is in walking distance of the HYDRA workplace. She can  basically walk in and out whenever she wants.  Now lets imagine that HYDRA didn’t even suspect…

Although I don’t agree with a lot said in this summation. I have a hard time looking at these stories by reducing them to political correctness issues, which drives me crazy (this is one aspect of writing, not the whole job), this is a good summation of the general feeling I had after the show. Give it a read. Lady Geek Girl is a very interesting blog that if you aren’t following, you should.

Well, this was going to be a Once Upon A Time review, but I’m still not caught up in that, so I’m turning my tender attentions to the polarizing first season of the Marvel Cinematic Universe’s first foray into television: Marvel’s Agents of S.H.I.E.L.D.

Agents of S.H.I.E.L.D. was so hyped by fans and Marvel alike that, in retrospect, I’m not surprised we were initially disappointed. Coming off the success of both The Avengers and Iron Man 3, I suppose we were in a place where the MCU delivering a terrible story seemed even less likely than DC casting a Wonder Woman. Oh, how times have changed.

Now that I’ve watched the whole season, I wouldn’t consider it irredeemably bad, although I was certainly tempted to drop it several times midseason. I just wish it had been shorter and tighter, and had gotten more interesting more quickly.

‘Agents of SHIELD’ postmortem: Jeff Bell and Jeph Loeb on what to expect for season 2

Because I don’t want to spread spoilers about last night’s Agents of SHIELD, I thought it best to reblog an interview with the writers and show runners. Enjoy, and I look forward to September.

He’s a wonderful summation of where we are in Agents of SHIELD. It’s been a rocky road but one that I feel is turning around. Sci-Fi and Fantasy have always had a tough time finding its legs on TV. Remember, most thought shows like Star Trek: the Next Generation (which did not find its legs until season 3) and Game of Thrones, which struggled through 6 episodes of exposition, would be off the air midseason. How wrong they were.

Agents Coulson (Clark Gregg) and May (Ming-Na Wen) have to infiltrate a company on ‘Marvel’s Agents of S.H.I.E.L.D.’

It almost seems silly reviewing an episode of ‘S.H.I.E.L.D.’ this late in the season, but the show’s gotten so darn good that it seems right to make this my first review. I am, however, watching it at the US pace, so come back in couple of weeks if you’re watching on Channel 4.

That aside, thoughts on the penultimate episode of ‘Marvel’s Agents of S.H.I.E.L.D.’, and how incredibly this show has improved as a whole, coming up after the jump.

Well, there’s another Agents of SHIELD episode. I enjoyed it as much as the other episodes of recent. There was a mention of Man-Thing. Sadly I still feel that the show is a glorified appendix of the MCU, and it is becoming more evident, even as the acting and writing gets better.

Good guys, bad guys, S.H.I.E.L.D., Hydra, sometimes it’s hard to tell who’s who, and it’s even harder to tell that when you’re talking about the deadly world of espionage and double agents. Everyone lies for a living, no one tells the whole truth, so who can you trust? On this series we have seen more than a few turncoats and double agents, and it’s not over. Meet me after the jump for my review of the aptly titled “Nothing Personal.”

Another great episode. Last night a Nova villain showed up. Marcus Daniels otherwise known as Blackout made an appearance and this is surprising.  Yet again, another thorn in the side of the comic book Avengers is now on the scene. Who else is out there I wonder?

So the “is Ward truly Hydra” debate continues. In my opinion, he’s red blooded Hydra. No doubt. Last night on Agents of SHIELD, he killed two agents and then gave Gravitonium to the enemy. What more do you need?

‘Agents of SHIELD’ postmortem: Jeff Bell and Jeph Loeb on what [spoiler’s] new role means for the series

Allright, so last night’s Agents of SHIELD was a fantastic twisty turney episode. For our postmortem, I though I’d use this interview with Jeff Bell and Jeph Loeb on the episode. Enjoy!

Here’s a post mortem of last night’s episode of Agents of SHIELD. As much as I love the premise of this show… I am beginning to think it is not working out. I kind of feel it is all filler for the films. The characters are great but it just feels insular. Like an appendix for the Marvel Cinematic Universe.

Last week when I posted an Arrow recap, I noted that I will post an a Marvel Agents of S.H.I.E.L.D one if I find it. Well here it is… done by the guys at biffbampop.com. It’s a remedial, if you are big follower here at Extremis you know most of the comic backstory, but it’s still a great review. There’s some interesting conjecture on the identity of the blue body. The Kree is a possible choice and one I endorse. I am more interested in the identity of the Clairvoyant. Read on, Extremites.

To paraphrase Forbes Magazine, “Marvel’s Agents of S.H.I.E.L.D.” is about to become the show everyone wanted it to be. In an article last week they talked about how people wanted a superhero show, and Joss Whedon gave them an espionage show. Now, things are changing, and this week, in the second part of the “Uprising” event, we get Lady Sif and Lorelei from the Thor mythos. Meet me after the jump for my review of “Yes Men.”

Posted in Agents of S.H.I.E.L.D., Marvel, The Guardians of the Galaxy, Thor